Lessons from a vineyard

We are at the end of a long lazy ‘members weekend’ enjoying the hospitality of our favourite local winery Pfeiffer’s of Rutherglen. Reflecting on the discussions around their range of fortified wines and the way modern business and projects are focused raises an interesting paradox.

When you are taught to drive fast, the key lesson is the faster you go, the further in front of the car you need to be ‘driving’. Quick reactions are not enough, you need to be planning and positioning the car now to be in the right place to two or three curves down the track.

Modern business is going faster and faster and pressures are on projects to complete quicker and better but unlike racing drivers, no one seems to be planning ahead – if there is a panic on the current project, everyone forgets about transiting staff onto the next project sensibly. Rather than optimising the overall outcome to benefit the business ‘down the track’, the short term focus outweighs the long term benefits and produces suboptimal results.

This destructive short term focus is encouraged because most business management and directors seem to concentrate on satisfying the demands of short term speculators rather than the needs of the organisations stakeholders. Commercial companies are driven by the needs of the high speed traders operating second by second, day traders and other short term speculators who are only focused on movements in the share price, not the long term health of the organisation and its ability to meet the needs of the majority of its stakeholders. Consequently, the daily and quarterly share price movements seem to mean more than long term plans future growth.

A classic example is the regular announcement by major corporations that they are sacking 100 or 200 staff. This creates an immediate boost in the share price and makes management look good to the short term speculators whilst destroying the organisations relationship with all of its staff. In reality, the monthly staff turnover is more than enough to make this type of adjustment in a smooth way that looks after the interests of this group of key stakeholders, the employees that actually do the work needed to allow the organisation to operate. But few managers seem to even ask what’s more important – share movements over the next couple of days or maintaining and enhancing the relationship with the organisation’s “most important asset”, its people??? Apparently the speculators win every time in the mind of management.

The situation is not much different in government organisations where the focus seems to be a combination of the 24 hour news cycle and short term personal advantage, a focus on ‘petty politics’ rather than long term policy and the good of the organisation. Different drivers but the same outcome, a prioritisation of immediate gratification over long term best outcomes.

But what has all of this got to do with fortified wines??

But the average age is misleading, all four classifications include some of the original blend created 30 or 40 years ago, that has been topped up and enhanced every year since. Obviously there is a far higher percentage of old wines in the ‘Rare’ compared to ‘Rutherglen’ classification but all of the wines have the same origins. In short, the characteristics of the current wine are based on decades of decisions ranging from how to manage the vines and the vineyard, how to develop each barrel of wine and what to add to the residual ‘base’ carried forward from last year to create each year’s release across all four classifications.

The decisions of 5, 10 and 30 years ago have an influence on the wines of today which puts a relatively new winery like Pfeiffer’s at a disadvantage when competing with some of their Rutherglen neighbours such as the Morris family who have stocks that have been developed over more than 100 years.

The current generation of winemakers do not see themselves so much as the ‘owners’ of the current stock of fortified wines, rather the custodians of a heritage that they hope will go on developing and improving for generations into the future. This is true of all types of blended fortified wines and is one of the reasons old world wine regions such as the Ports of Portugal and Sherries of Spain have characteristics that are hard to replicate in newer countries such as Australia that only have 100 to 150 years of development.

In many ways organisations are similar to a wineries stock of fortified wine. The current group of managers are the custodians of a complex set of capabilities, facilities and cultural beliefs, behaviours and relationships that have been created by the thousands of decisions and actions made by their predecessors and their decisions will create the organisation that will be passed onto their successors.

The paradox is that far too many managers seems to act as owners with a focus that extends days or months into the future whilst their directors look at reports focused on the past, whilst the organisation needs a focus that is long term and future focused to meet the needs of its stakeholders.

Perhaps a weekend at a winery that produces a world class range of fortified wines could pay real dividends…..

PMBOK #5 standardises its approach to planning

The PMBOK® Guide has always been designed for large projects, and assumes intelligent project teams will scale back the processes appropriately for smaller projects. The 5th Edition keeps this focus and introduces a standard process to ‘plan the planning’ at the start of each knowledge area. This concept has been embedded in earlier editions of the PMBOK, it’s made explicit in the 5th Edition.

Why plan the planning?

As a starting point, on larger projects there will be a significant team of experts involved in developing various aspects of the project plan, on $ multi-billion project frequently more than 100 people so their work needs planning and controlling the same as any other aspect of the project. With a budget of several $ millions and the success of the rest of the project dependent on the quality of the project planning this is important work.

But planning the planning and developing an effective strategy for the accomplishment of the project’s objectives is critically important on every project. If you simply do what you’ve always done there is very little likelihood of improvement. Spend a little time overtly thinking about what needs to be done to first develop the best project plan and then to manage the project effectively can pay huge dividends.

The overriding consideration in developing the plan is Juran’s quality principle of ‘fit for purpose’ you need a plan that is useful and usable that has been developed for the lowest expenditure of time and effort. 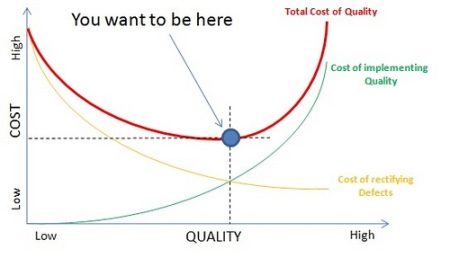 To facilitate this, the PMBOK now has process to ‘plan the management’ of: Scope, Time, Cost, Quality, HR, Communication, Risk, Procurement and Stakeholders. These planning processes develop outputs that are integrated within the overall project management plan and describe how each of the specialist areas will be managed. The management plans include the policies, procedures and documentation required for the planning, developing, managing and controlling of each discipline.

Certainly asking the team to think about what is needed to optimally plan, develop and deliver each knowledge area, will contribute to project success. Maybe the 6th Edition will take the integration of these processes forward.

See our other posts on the PMBOK® Guide 5th Edition.

To buy a copy in Australia see: http://www.mosaicprojects.com.au/Book_Sales.html#PMI

The Construction CPM conference is over for another year but will remain in our memories for a very long time to come! Combining a high quality conference – probably the best CPM / Scheduling conference in the world, with New Orleans during Mardi Gras was an inspired idea even if it means several weeks of exercise and dieting…..

Our thanks to Fred and Kim Plotnick for organising and hosting the conference and we look forward to coming back in the future. A few of our highlights were:

Seeing a real swamp with alligators and a top tour guide http://www.torresswamptours.net/ …. 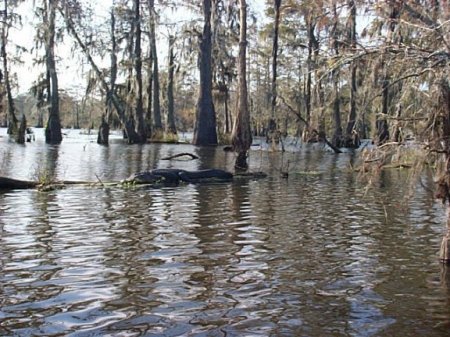 The jazz, Preservation Hall, buskers and Bourbon Street…. Plus the food, the locals and the delegates at the conference. Not to mention papers and insights from many of the worlds leading practitioners and developers of CPM software,

Stay in touch and plan your attendance at: http://www.constructioncpm.com/

PS: We were there for work as well as fun, see: Our previous post

Governance is seen differently by Directors and Managers

A survey undertaken as part of our work developing a paper on ‘project governance’ highlights a distinct difference between the views held by managers and directors. To gather data, we ran a short survey between 23rd January and 9th February 2013 on four closed Linked-In groups; two of the groups were for project management association members, two for company directors. In all cases you had to be a member of the association to be a member of the group ensuring the sample communities were quite distinct.

The survey question was:
Who is responsible for the governance of an organisation? This poll is focused on governing, rather than implementing policy unless you feel implementation of policy is itself a governance function.

The four options included in the survey were:
– The Board of Directors or equivalent:
– The Directors plus Senior Executives:
– The Senior Management group:
– All managers in governance roles eg PCBs: (project control boards)

Whilst the total number of responses were low a significant difference of views emerged between the two communities.

The overwhelming majority of directors, 86% see governance as the exclusive responsibility of the Board of Directors or its equivalent.

Whereas more than 70% of the project managers see ‘governance’ as the responsibility of either ‘The Directors plus Senior Executives’ or ‘The Senior Management group’ and less then 30% agree with the proposition that governance is the exclusive responsibility of the Board of Directors or their equivalent.

Whilst it would be useful to validate these findings with a larger sample, the stark difference between the two communities is consistent with our observations and other anecdotal evidence. The project management community perspective that ‘governance’ is a management function is simply not supported by other managers and directors.

We have been advocating for several years that:
“Governance” is what a “governing body” does. It might be a geo-political entity (nation-state), a corporate entity (business entity), a socio-political entity (chiefdom, tribe, family etc.), or any number of different kinds of governing bodies, but governance is the way rules are set and implemented.
(Source: http://en.wikipedia.org/wiki/Governance)
It is encouraging to see the directors of our businesses have a similar view.

The damage caused by the ‘project management’ communities’ view of governance is set out in a letter-to-the-editor published in this months PM World Journal, see: http://pmworldjournal.net/article/on-the-subject-of-the-january-series-article-enterprise-project-governance-how-to-manage-projects-successfully-across-the-organization-what-is-enterprise-project-governance-by-paul-dinsmore-luiz/

For more papers on this subject see: http://www.mosaicprojects.com.au/PM-Knowledge_Index.html#OrgGov1